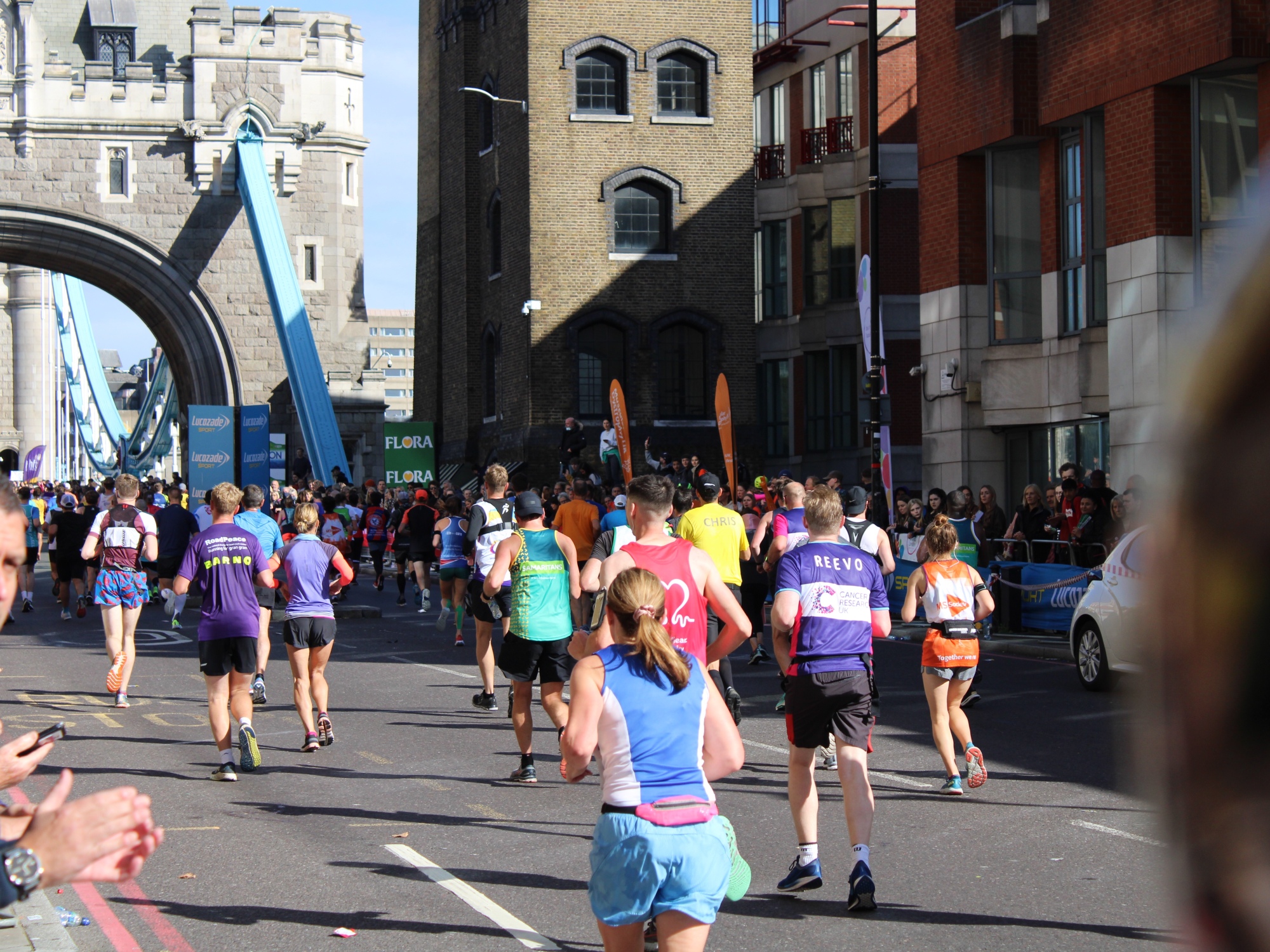 I was over the moon when I got the message almost two years ago that I got a place in the London Marathon 2020. I started training short after Christmas on the athletic track in Herisau, can remember that I messed up mils and km and my first training run was way too far but who cares, more than happy to face the 16 week long challenge. Beginning of March I ran the Cambridge Half Marathon as a last test before London, a crispy but beautiful spring morning, I felt perfect and ready for the big day. Two weeks later the UK went into the first COVID lockdown. Everything was on hold. As soon as we were allowed to go out again , I tied my trainers and started again. Cos what not happened in April, will be in October now, one day before my birthday. Couldn’t think about a better birthday present. Just 10 days after the postponement date of the race was announced the UK went into a full lockdown again and it lasted until early summer.

Surprisingly, unlike almost all other things, the race took place beginning of October. The elite run on an enclosed loop in the center of London and the great unwashed ran “your way” what meant wherever you want, except in London. That was a bit like getting the wrong birthday present but it was definitely the wrong time to complain. At least something is taking place and the real deal isn’t lost, it will still happen, simply another year later. The virtual marathon was an unique experience, without spectators and support crowd a mental fight but on the other hand quite relaxed because I didn’t have any expectation.

End of May 2021 I started with serious training again. Sometimes more, sometimes less enthusiastic but I stuck to the plan and only missed one 11 miles run and that was worth it, because there’s nothing better than some wine in good company under a gazebo next to a fish pond… I run a total of 815 miles in 16 weeks, including speed and strength training. That’s more or less the distance from London to Barcelona.

Two weeks before race day the first lemon shower pelted down: I caught COVID. Got headaches, a cough and light fever. At the beginning I was quite sure that I’m still going to run the marathon Sunday in a week because a cough won’t break me down. In the first days I tried to keep up: I ran 7 miles in our backyard and did a couple of hours on the turbo trainer. But when I was really honest with myself: I didn’t had the same energy and strength as a week before… There where days I felt really groggy and was thinking of deferring to 2022 and there were days when I was thinking “come on, you can do this” even if it means crawling over the finish line. Horrible first days of self-isolation, a mental roller coaster and in addition an overall tense atmosphere in our house. A worrying time for all of us, something we kind of thought would never hit our family and then out of a sudden it was right in our middle. To ease the tricky situation I decided to put the marathon worries beside, and try to smooth first the waves at home. Wednesday will be the day, I’ll decide what I’m going to di with it. Prior to this I had more important things to sort out. For your records, it’s now Sunday evening, one week to the race.

It never cease to amaze me how the mood of the mother has such a high impact of the whole family. Finally, we spent a relaxed Sunday and I got a good night sleep. I woke up at 4:30 to the loud moaning of my daughter. Shouldn’t she be on her way to swim practice? Not my problem I thought and turned to the other side. But actually, you know that when this special tension takes over from your body that it’s over with the quietness. When shortly before 5 the lights still were on, it simply confirmed that something was wrong. And right, the second load of lemons hammered down on us: family member No. 3 was sick, my husband. Everything was shaken up again and had to be reorganized. Like always, everything has two sides – the bright one: it woke me up from my dozy state and even made things easier, organizational wise. I got up, got equipped with mask and gloves, locked the only healthy on for isolation in her room and took the ship over again. Back where I like to be most, hard against the wind, the wheel firmly in my hand. I could literally feel my energy and determination coming back. At the same time, however, the thought crept in that the London marathon is currently the least important thing I should concentrate on. But a small flame remained glowing, it is not yet Wednesday.

Thursday morning my COVID test was finally negative and I decided to hit the streets of London. One final training run on Friday morning, the first day I was out of self-isolation (btw it was awful) and afterwards down to London to pick up my race bib. I was nervous, still coughing and with a runny nose, and full of self-doubt. But there was now no way back anymore. The way back home and the evening was used to sort everything out, to gurgle, to suck cough drops and to drink loads of tea. Thanks to neighbors and friends I found enough helping hands who took care of my family over the weekend and I was on my way to London again Saturday afternoon. Ice cream, rosaries, spaghetti carbonara, some good laughs, a farting dog and a shoulder to lean on right up to the start was the best final preparation I could wish for. And then everything happened very quick and I was running. It was phenomenal: a great course, a lovely supporting crowd, perfect running weather and hugs from my sister and nieces twice. An incredible experience: during this four hours I was crying and laughing at the same time, forgot the hassle of the last days, could enjoy everything that happened around me and I literally ran my heart out. Amazing what your body is able to do even so it’s not working to it’s fullest. All the people that ran the London marathon will understand and to all the others: go for it if you ever have the chance. An eighteen month delayed but unbeatable birthday present!! And yes, I already signed up for next years ballot… When life gives you lemons ask for salt and tequila and have a party!